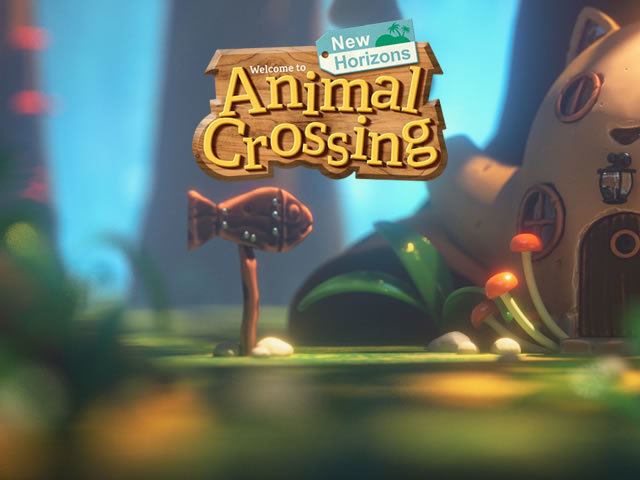 Animal Crossing Dream Villagers (Choose any one from the 400 Villagers,just tell me the name u wante Nintendo Switch

check them out
Seller: By: SSHellenwong364.9

Choose any 3 items from the list in description Nintendo Switch

Choose any item from the list below,each one is 0.34usd,the lowest amount should be 15 pieces Nintendo Switch

VIEW ALL OFFERS
Seller: By: SSHellenwong364.9

There is no doubt that Animal Crossing: New Horizons is a great game, however, some might not realize just how great and successful it is. NH is the highest-rated of all Animal Crossing titles to date, which is quite an achievement in a series that has only one of its main titles (there were some spin-off titles that were not received that well) rated below 80 on one of the most popular game rating sites. In fact, it holds the second-highest rating of all games released for Nintendo Switch in 2020. Ratings all not everything, one might say, and we agree. So, what about sale numbers? - It has sold more copies than all previous installments of the game, in just 6 weeks, and is now close to 30 million copies sold (which is the second-highest of all Switch titles, ever - just behind the Mario Kart 8 Deluxe, but AH is closing on it rapidly). Animal Crossing: New Horizons Market thrives with people, with hundreds of thousands of unique players logging in daily for the sense of escapism (it is so relaxing and immersive that people forget about their problems while playing and are able to sink tens of hours into it, without even realizing) that it offers.

What makes AC: NH so successful then? Some might say that it is the general situation, the world has found itself in, in the year 2020. We, at Odealo, think that it's much more to it - the game's high level of polish, a high emphasis on the social aspect with an online co-op mode that makes trading and setting up a private Animal Crossing Market possible, and a range of well-implemented gameplay features all have a part in New Horizons' success. Unlike some other sequels that try to lure players to well-established franchises with minimal effort and almost zero developments (we will not point our fingers, but a certain football title comes to mind as an example), Animal Crossing: NH has not only improved upon the well-known-and-loved features known from the previous iterations but has also implemented a range of new ones that make the gameplay even more fun and relaxing.

Here are the best features the game has to offer:

Here at Odealo, we always do our best to meet our community members' expectations. This time we have decided to open Animal Crossing Marketplace which will allow you all to Sell, Buy, and Trade all kinds of AC: New Horizons assets for, as always, the best price. If you have registered already, you have full access to all of our Animal Crossing: New Horizons Offers; if not - registration on our site is (and always will be) completely free of charge! Register now and join our thriving community - you will not be disappointed; We guarantee that all transaction offers featured on our site are posted by verified sellers, and that the in-game services they provide are of the highest quality - you will not find better offers anywhere else. Odealo is, by far, the most secure online real-money trade hub where you can quickly and easily purchase Animal Crossing Assets of all kinds.