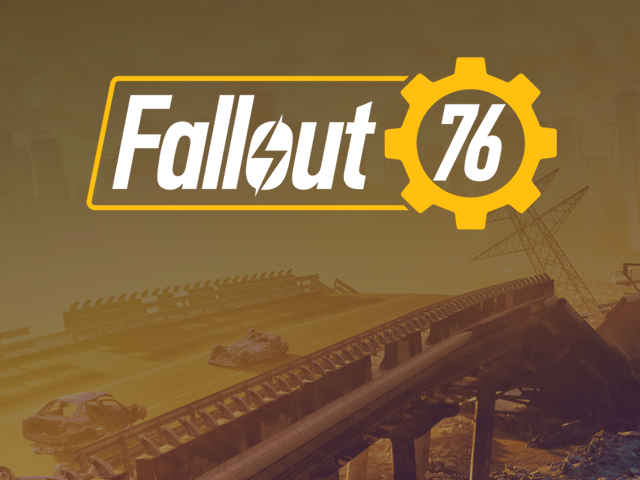 VOLUME
DISCOUNTS
UP TO 25%

Fallout 76 is a first massively multiplayer online game developed by Bethesda Game Studios released in November 2018. The game is set in post-apocalyptic West Virginia where players are forced to find a way to survive in this harsh environment. Fallout 76 combines elements of a classic MMORPG, survival/horror cooperative game, and a first-person shooter. Fallout 76 features an open world, approximately for times the size of the world in Fallout 4. In Fallout 76, players can choose their own path and play style. You can play solo, defeat hordes of monsters and complete randomly generated quests, or you can team up with your friends, build a heavily protected shelter and play the game in a completely different manner. The number of options is limited mainly by your imagination and goals.

Just like in the previous installment of the series (Fallout 4) the game emphasizes Crafting, Item Modifications, Building Bases, and Trading. The game offers a wide variety of skills that help you create more advanced and valuable objects, defensive constructions, and more. As a player, you will often find yourself short on ammunition, or lacking materials to repair your Power Armor. You need to scavenge zones and dead enemies for numerous Trade Goods that can be used in the Crafting, Repairing, and for creating Weapon and Armor Mods. Trading is very important at the current state of the game, as only players that have decided to follow the Ammosmith's Path will be able to produce enough ammunition for themselves. You are also often going to find Legendary Weapons, Armors, and other Goods, that aren't exactly the best fit for your character, so trading is inevitable if you want to get all the best Gear for your character.

In Fallout 76 you can trade with NPCs scattered around the world Map, but their limited stock, Caps, and lack of end-game Legendary equipment, will never meet the needs of demanding players. Even though their wares change every time you enter a new instance of the game, it's very inconvenient, and will only work to get rid of Junk Items and get some extra ammo (assuming you can afford it in the long run). Player-to-Player trading is also possible, however, there is no in-game Marketplace that would allow players to post their offers, find buyers, or browse through other player's deals and merchandise. Everything has to be done with the use of external websites like for example Odealo, which acts as an open global marketplace for Fallout 76. It supports trading with real-life money, which makes it quite unique, but for some players, it appears to be the preferred way to trade. Trading in Fallout 76 requires both players to start a Group and enter the same instance of the game. Once inside, they will be able to teleport to one another and meet in person to process the transaction. Trading is only possible "face-to-face" which doesn't make it too convenient, and becoming a full-time Trader is impossible in Fallout 76. Doing numerous low-volume trades, or earning money on buying low selling high with a low margin is simply completely inefficient. While most of the items found in the world of Fallout 76 isn't worth much, it simply takes too long to meet to trade just a bunch of Junk or a few stacks of ammunition. Most players will only bother to trade only the best Legendary Items. Not to mention, you need to meet in person out in the wilderness and there are no guarantees that you will be attacked by powerful monsters or other higher-level players that will be aiming at looting Junk from your dead body. Trading with verified users is always a safer solution.

If you are looking to trade with other Fallout 76's Vault Dwellers, you should definitely join Odealo. Odealo is the most secure player-to-player FO76 Marketplace that supports trading with real-life cash. Odealo allows real money trading in Fallout 76 making it the best website to Buy and Sell Goods in Fallout 76. The transaction system on Odealo is based on the Escrow, which is considered the most secure trading method for both Currency (Caps) and other Goods and Assets in MMO Games. You are buying all your Goods in Fallout 76 from regular players, who get paid after you personally confirm the receipt of ordered stuff. And with hundreds of other users on Odealo, you can expect competitive prices, large stock and 24/7 deliveries regardless of your real-life location and time zone. Players on Odealo offer pretty much all the tradeable Goods available in Fallout 76. Fallout 76 Trading has never been easier. As mentioned before, all offers on Odealo are user-posted. If you are looking for a place where you could also sell Items in Fallout 76, you are in the right place. Odealo offers free account registration, free offer posting, low transaction fees, full buyer and seller protection and has one of the fastest-growing user-bases.