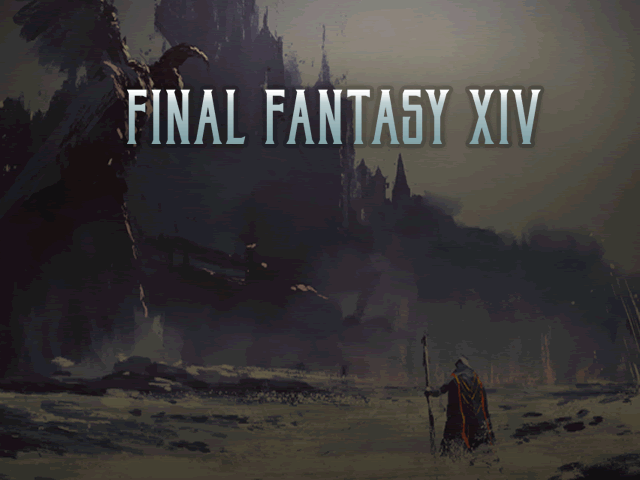 If there is one thing all MMORPGs have in common, it is all kinds of loot you get during your adventures. In some cases, it feels like you are showered with it on every step, sadly the things you get in abundance are mostly vendor tokens. Because of the nature of online games, it is very hard to make the itemization system refreshing - even some of the most seemingly innovative ideas were used somewhere already. This is, most likely, why the developers of FF XIV have opted for a "classic" approach to "items" in general and decided to spice it up a bit by tying up some of the FF XIV Items to specific Disciplines (both combat and economy-oriented). In Final Fantasy XIV, you will find your standard weapons, armor (which lacks armor "types", like leather and plate, and is Discipline/Job specific instead), tools, accessories, all kinds of consumables, materials, minions (which are basically non-combat pets), and mounts:

Weapons - Tools of the trade used by Disciples of War and Disciples of Magic. It is the weapon that defines the Class or the Job of a character; you can swap Jobs by changing it. Thanks to this system, simply swapping between specific FF XIV Items lets you change your Job as the situation demands it. There are currently 18 weapon types in Final Fantasy XIV, mostly one for each Job (with some exceptions - Thaumaturges and Black Mages, as well as Conjurers and White Mages, have a choice of 2 weapon types):

Armor - These Final Fantasy XIV Items provide player characters with various attribute bonuses and varying levels of protection (depending on the Armor type - Red Mages' armor will provide much less protection than Paladins'). The Class or the Job of the character determines which armors he/she can wear. There are 7 separate armor slots; Head, Body (chest), Hands, Waist, Legs, Feet, and Shields. The latter can only be used by Paladins, Gladiators, and low-level Conjurers and Thaumaturges. There are multiple ways of acquiring Armor in Final Fantasy XIV, namely:

Accessories - Equippable FF XIV Items that provide player characters with various attribute bonuses when worn. There are 5 types of Accessories available in Final Fantasy XIV -Earrings, Rings, Necklaces, Bracelets, and Soul Crystals. The first four are regular "gear" and the latter are special items that transform Classes into their successor Jobs (Soul of the Ninja transforms a Rogue into a Ninja and so on).  Just like Armors, many Accessories are Class and/or Job-specific and they provide bonuses relevant to that specific Class/Job. Accessories can be acquired in ways similar to Armors - they can be looted, bought from specialized vendors, created by Crafters (Goldsmiths), awarded for quest completion, or purchased via the Market Board.

Meals and Medicines - Various consumables that restore or enhance the player's stats and/or boost his/her experience gain fall into this category of Final Fantasy XIV Items. Medicines can be dropped, purchased from specialized vendors, or created by Alchemists (the most powerful of them require high-tier ingredients and a well-developed Alchemy Discipline to make). Effects of Medicines include stat boosts, resistance increases, removal of negative status effects, HP and MP restoration, and even offensive ones, like Poisoning or Silencing the Target. Meals, just like Medicines, can be purchased from NPC vendors or dropped, but they are mostly crafted by Culinarians out of various ingredients. All Meals give a 3% boost to experience gained for 30 minutes; only one meal effect can be active at a time, which means that food buffs are not stackable.

Materials - This generalistic category contains all kinds of FF XIV Items that are primarily used for crafting. Some Materials can be gathered by Disciples of the Land (like Metal, Lumber, and Seafood), while others are only available in the form of loot or purchasable from specialized vendors. Moreover, some materials are created in the process of refining (metals are smelted from ores and so on). The price of the materials depends on their rarity and quality - common materials of low quality are extremely cheap, but rare and high-quality ones are sometimes worth a fortune. Because of the high demand, some of the materials are an excellent choice for Market Board flipping. All Materials fall into one of the 13 types (Stones, Submarine Components, Seafood, Reagents, Parts, Metals, Lumber, Leather, Ingredients, Dyes, Cloths, Bones, and Airship Components).

Minions - Purely cosmetic, non-combat pets of Final Fantasy XIV. Until patch 3.1, the sole purpose of Minions was to follow their owner around and look good. Since the patch Minions can also be used in a special minion battle strategy game; each of them has its own stats and abilities, strengths, and weaknesses. Minions can be acquired by performing various in-game activities; some of them are awarded to the player for completing quests, some of them drop from dungeons or raids, some of them can be crafted by artisans, some can simply be purchased from vendors, while some others are rewarded for Achievements, good performance in PvP, or come from special events.

Mounts - These special FF XIV Items allow the player to traverse the world of Eorzea much faster. Mounts become available after completing the level 20 main story quest "A Hero in the Making" and joining the Grand Company - doing this gives the player their first mount; to acquire more they have to meet different requirements. The speed of the mounts can be enhanced by completing special quest lines and purchasing special enhancements (certain areas have mount speed limitations imposed upon them). Havensward, the game's 3rd expansion pack has introduced Flying Mounts to the game; Many of the ground mounts have received the ability to fly when patch 3.0 was introduced. To be able to fly, players have to first complete the quest "I believe I can Fly". Moreover, flying is restricted to specific Heavensward zones.

Odealo lets you safely Trade, Sell, and Buy Final Fantasy XIV Items. Our thoroughly verified sellers offer the best prices and the fastest delivery times. If you are looking for a place where you can quickly and safely Buy FF XIV Items, you have found the perfect one. Our store's interface is user-friendly and very simple to navigate, which makes completing transactions exceptionally easy. Join our steadily growing Final Fantasy XIV community, benefit from our services, and boost your in-game experience to a completely new level with your newly acquired goods!