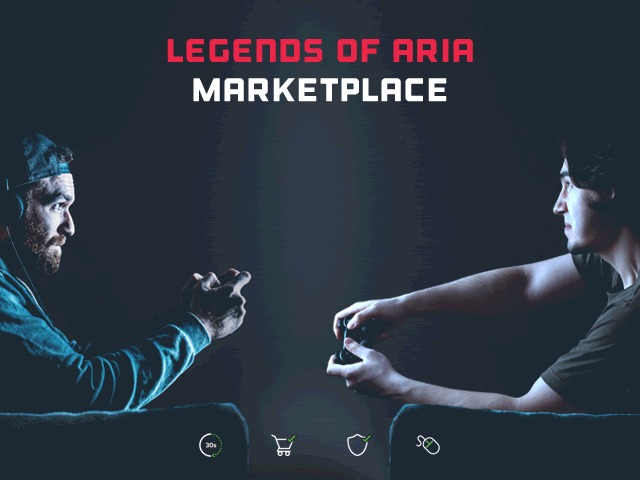 Legends of Aria, formerly known as the Shards Online, is a Sandbox MMORPG developed and published by Citadel Studios Inc, which is scheduled for full release on the 21st of March 2019. The game is inspired by classic Sandbox titles, like Ultima Online (some of the people involved in Legends of Aria development process have previously worked on the original Ultima!), and will give its players the real freedom to explore, develop, and even destroy the game environment. There will be no necessary Grinding, leveling or classes, and the dynamic world system will be implemented instead, furtherly contributing to the game's Sandbox nature (but skill boosting could turn out to be desirable to speed up the in-game progression). Players will have an option to choose from develop a total of 32 unique Combat and Trade skills. Thanks to the skills system a complex game economy will develop, with people gathering, creating, and buying resources. Players will engage in trading because someone who has specialized his character in Bricks making will want to, for example, Buy Iron for them. Dedicated warriors will want to sell services like protection in exchange for Gold, and so on. A robust system like that will provide a lot of ways of making real money out of the game, by selling Legends of Aria Goods on Legends of Aria marketplace. Another unique feature of the game is that it fully supports player modding. It is confirmed that Legends of Aria will fully support player run custom Servers with custom gameplay rules, content and even whole worlds created from scratch by players themselves. This opens previously unimaginable possibilities for Sandbox MMO community, and will surely result in a great diversity of the in-game experience. Those community ran servers will also be a great way to explore the game because some of them will feature accelerated skill leveling, so the max skill-boosting will take much less time which will contribute to faster in-game content exploration.

Odealo is an online marketplace where you can buy and sell in-game Legends of Aria goods, or just equip yourself for even the most difficult missions that await you in the world of Legends of Aria, for the lowest price, just check our store. With our help, you can Buy, Sell, and Trade in Legends of Aria with the use of real cash. It's among the most secure Legends of Aria marketplaces for global users, which supports real money trading (RMT).