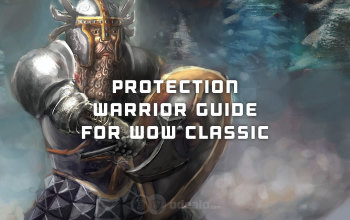 Become the best Tank in World of Warcraft Classic

You can find all our Pocket Guides for other World of Warcraft classes right here: Best WoW Classic Builds

If you have just started leveling your Warrior, you may want to check out our Warrior leveling Guide first

Solid Tank is the backbone of any Raid. The Tank allows DPS players to squeeze as much DPS out of their characters as possible by generating enough Threat to keep the Boss busy. The Tank soaks up punishment so that other players can have fun. The Tank saves (or at least tries to save) players who mess up and aggro something that they shouldn't. It is the Tank who keeps the Raid going forward and there is no better tank than a Warrior.

Warriors excel at Tanking thanks to their ability to generate a lot of Threat without sacrificing their ability to withstand heavy punishment dished out by enraged Bosses. Even without a complete set of dedicated Gear, they can take the tanking role and perform it at the highest level. They just require a slightly more dedicated build to do that. Moreover, their toolkit allows them to react to threats and abrupt incidents better than other Classes can which makes them excellent at fixing other players' mistakes. When geared up, built offensively, and stacked with World Buffs and Consumables, Warrior Tanks generate unbelievably high amounts of Threat, survive Boss's attacks, and are topping DPS charts in the process, which makes them perfect for speedrunning and speed-clearing content.

If you want to be a Tank in WoW Classic, you can't go wrong with a Warrior. The only thing that might hold you back is the leveling, but a difficult journey is what forges the best tanks...

Note: Here, we will point you only towards the best PvE Warrior Tank Race. If you'd like to know more about other race picks, please check our WoW Classic Beginners Guide, where we dive deep into all available Warrior's race choices for both factions.

There is only one profession that makes a real impact in Raids and it is Engineering (Alchemy is also a decent option, but you can buy Flasks, Elixirs, and Potions from other players, which makes it much less impactful. You might want to still consider it if you'd like your professions to earn you Gold, however). It gives you access to a range of powerful explosives that deal high AoE Damage, which positively affects your Threat generation (in fact, Goblin Sapper Charge is arguably the best AoE Threat generator in Classic). On top of that, Engi lets you create and use Gnomish Battle Chicken Trinket that summons a Guardian Chicken that fights at your side and has a chance on hit to cast a "Battle Squawk" which boosts Melee attack speed of all Party members by 5%, making it a must-have in every competitive group. The fact that Engineering is also considered the best PvP profession is an added benefit to its power in the PvE environment.

At the start, you should pick Mining to supplement your Engineering Skill, you can always switch it to another profession of your liking later on.

Note: If you want to know more about all available professions and secondary skills, please check our detailed WoW Classic Professions Guide.

Proper Talent allocation is essential for maximizing Threat generation and Survivability. Here, we will describe the most optimal specs and lead you through the Talent Trees level-by-level to explain some of the choices.

There are two main PvE Warrior Tank Talent Builds to choose from:

Where to get Pre-Raid/Raid BiS Gear

In order to maximize your Survivability and Threat generation, you should aim to assemble the best possible Gear. This applies to both Pre-Raid and each of the Raid Tiers/Phases. Also, remember that it is the armament that gives the highest boost, so you should start by getting the best warrior weapon available. Below, we present you the BiS (Best-in-slot) list for all equipment slots.

Note1: The list will be updated with new items concurrently with the introduction of new Raids/Phases, so remember to visit this page after the new Raid opens for an update on what current best Warrior Tank items in each lot are.

Note2: The list is comprised of two sets of items:

The Best Enchants and Consumables

Proper enchants and consumables will greatly increase your Damage output. While getting enchants is a one-time-deal, farming consumables might be a real chore, but it is still worth it as numbers clearly show.

In Classic, Warriors don't have a strict rotation and use a priority list instead. This means that they don't have a build-up phase and can swap Targets quickly without losing DPS/TPS.

Note1: Your Rotation will depend on the Build/Weapons you are currently using. Rotation used by Dual Wield Tanks to generate Threat is almost exactly the same as the rotation of a standard Fury Warrior; you just have to pay more attention to what is happening to your character (you don't want to get killed, obviously), while Standard Tank's rotation is exactly what you might expect from a defensive character.

Note2: You should use Defensive Stance as your main stance to maximize Threat generation and defenses.

Pictures used in this article are the intellectual property of Blizzard Entertainment Inc. 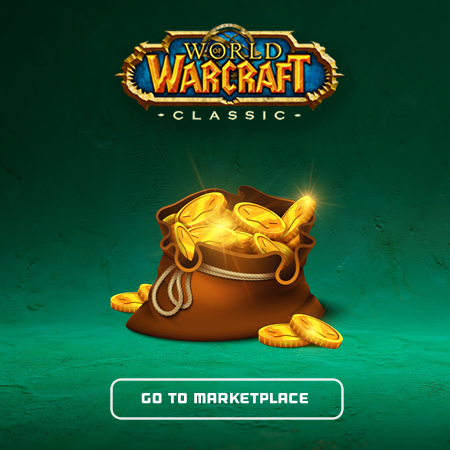