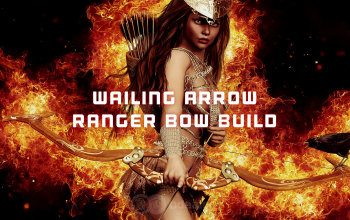 This Wailing Arrow Child of Fury Burning DoT build is our approach to a Ranged/Bow builds archetype in Wolcen. This build utilizes a very high chance to Inflict Burning on enemies, and increase the on Hit damage via Blistering Embrace making it a very unique and interesting build. Since most of the DPS builds benefit from high Crit. Chance, we have decided to try out another route for this build, and it ended up pretty nicely. This build offers very high sustainable Boss DPS and decent clear speed. It's definitely worth trying out if you are looking for a solid ranged build for your character.

Important note: This is a beta version of our Wailing Arrow Burning DoT Gunslinger build. The game is still unpolished and a number of passives don't work as intended so you can expect an update coming to it soon. The overall idea behind this build is still pretty consistent and interesting, making it a really fun choice for a Ranged/Bow/Gun character

This is a very powerful Ranged build based on applying multiple stacks of Burning to increase the damage via Child of Fury Passives. In order to apply as many Ailments as possible, we utilize the Cabalist's Tree and increase Attack Speed greatly by taking Passives from the Sentinel, Child of Fury (Flurrying Flames) and Alastor classes. Wailing Arrow is your primary source of DPS which launched a barrage of arrows in an area dealing massive sustained damage over time, with multiple Hits inflicting Burn with each cast. We top it up with "Shotgun Autoturret" for some extra clear speed (and more burning stacks), as well as, Mark of Impurity is used to amplify our damage. This build can be played with Bow (you should swap Spells for Duskshroud and Phantom Blades) and while this option offers higher overall DPS bonuses, you won't really benefit from 2 out of 5 of your available skills, so it's a complete waste. If you use a Gun and a Catalyst, you get extra mobility Spell (Aether Jump) which also increases your Attack and Movement Speed, and also Livor Mortis, who soaks up a big portion of the damage you take. Not to mention - casting Spells will increase your Rage generation for a short duration, making this build so much smoother to play.

For this build, you want to focus Wisdom only to increase your chance to apply Burn stacks (and increase your overall DPS). If you feel like you are getting one-shotted too much you can put some points into Toughness as well, but do not spend any into Ferocity and Agility. You don't benefit from Crits that much and you get insane bonus Attack Speed Score from various Passive on the Tree.

Below you will find the recommended Passives for our Wailing Arrow Burning DoT build. This build focuses primarily on Cabalist and Child of Fury Classes, but also taking Attack Speed nodes from Sentinel/Alastor is important so that you can skip this Attribute entirely. The Tree below has 77 Passives allocated and has still a lot of fields it can be improved at, however, we are still waiting for Wolcen's developers to fix all the Passives so making detailed DPS calculations is not a complete waste of time. 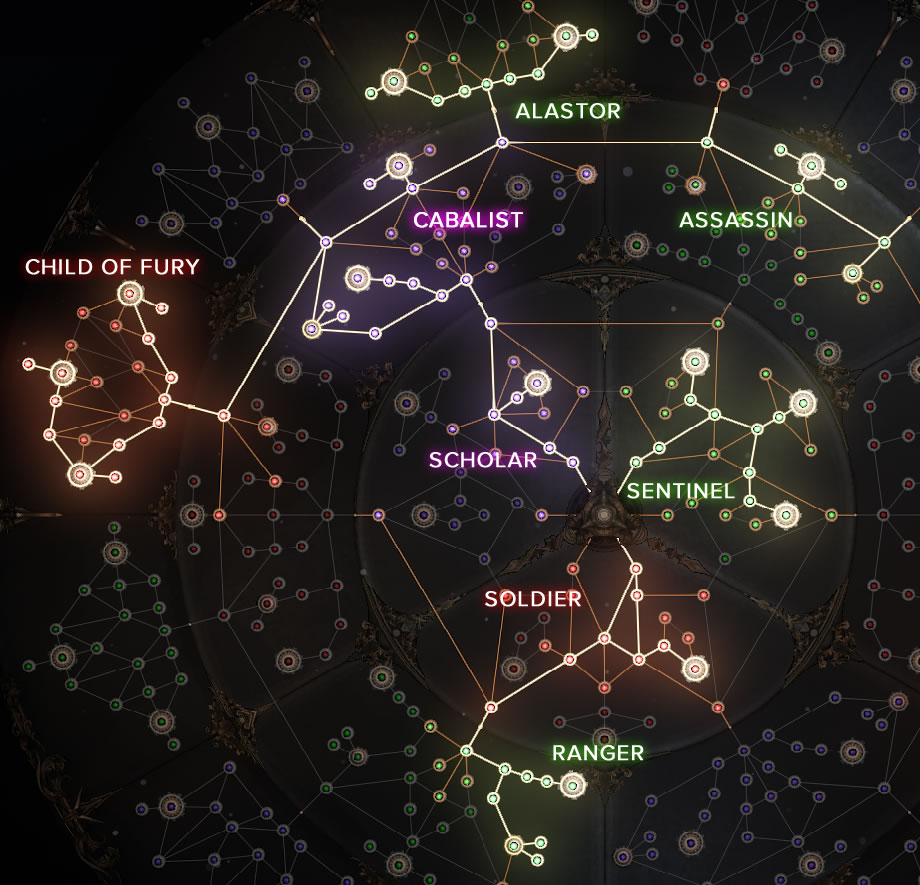 The Gear section is still under construction because of the limited number of Unique and legendary Items that we have found so far, as well as, the common issues with crafting your equipment. For the time being, we will be only listing up the most important Stat bonuses you should look for on your equipment, and an update to this section should be ready in the next few weeks.

If you have any other build requests please leave that in the comments below. We are going to continue our work on Wolcen characters to fill up the list with all major build archetypes in the following weeks. Stay tuned