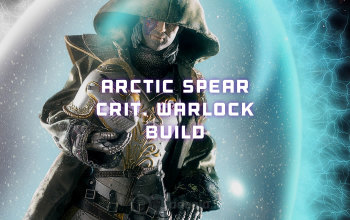 Arctic Spear is a Cold/Projectile Spell which deals offers the highest damage scaling as a Mage/Spell Caster in Wolcen. This build also utilizes Warlock and Scholar, which makes it fully reliant on Force Shield which offers the best defensive utility for the end-game, but may pose some difficulties during the leveling as you are yet to benefit from all the powerful synergies this build has to offer on higher levels. The main idea behind this build is to stay at long range and spam your Arctic Spears, which will deal increased damage with each consecutive hit, making it one of the most potent Cold Spells in Wolcen. If you were looking to play a typical Spell Caster, this is something you may want to try out. This build is still a "beta" version, as we are yet to reach end-game with it, but you should expect us to update the guide as soon as we get to test it out more thoroughly.

Important note: This is a beta version of our Arctic Spear Warlock Build that we are currently working on. We are on level 50+ currently, so it's still far from testing it against the hardest enemies, but we are expecting it to offer one of the highest possible single-target/Boss DPS in the game. You should expect updates and tweaks coming up soon as we reach higher levels with it, and we are able to implement the changes for the higher Tier content

This build relies on several very interesting mechanics that combined offer very smooth playstyle and insane damage scaling for Arctic Spear which is your core single-target DPS Spell. As your primary source of DPS, you will be spamming Arctic Spears with the Prolonged Deceit modifier which allows you to scale its' damage incrementally. By increasing the number of Arctic Spears via Sublime Fracture (this is expected to actually work) you get to increase it at an even faster rate. You don't get much Utility Skills as a Staff wielder, so you will have to use Winter's Grasp and Tear of Etheliel, which are used to buff your damage and deal additional Damage over Time. You basically can pop them whenever you encounter a tougher enemy or when you need extra AoE, and then you start spamming Arctic Spear which yields best results DPS-wise. You also should pick Aether Jump for mobility and decent Willpower Regeneration mechanic, as well as, Bulwark of Dawn which offers decent Force Shield Regeneration and defensive bonuses.

This build also relies purely on high Force Shield, and by using Faith Leech you will have any form of Life Leech to apply to your Force Shield, allowing you to regenerate it quickly. It should also allow you to benefit from Thirst for Knowledge (30% Damage Reduction when Force Shield is Full) Passive more often. It also utilizes some Ranger/Sentinel/Exorcist combination. You basically roll away from monsters, gaining Annointed Ammunition stacks which increase the damage of your Projectiles per stack. At the same time, you increase the distance to enemies, which increases your damage thanks to Safe from Afar Passive.

Oddly enough, this build doesn't rely much on the Wisdom attribute. Actually, it's the least important one, as it only grants you an increased chance to Freeze enemies, which isn't that important for this build. You want to focus Ferocity for increased damage and Toughness to the point where you feel comfortable getting hit by enemies (getting one-shotted won't get you far). You also benefit from Agility, as increasing the Cast frequency of Arctic Spear, increases the rate at which you can scale its damage thanks to the Prolonged Deceit modifier. The balance between those three attributes is quite hard to evaluate at this point, as what's working right now may not work against the toughest Bosses in the game. 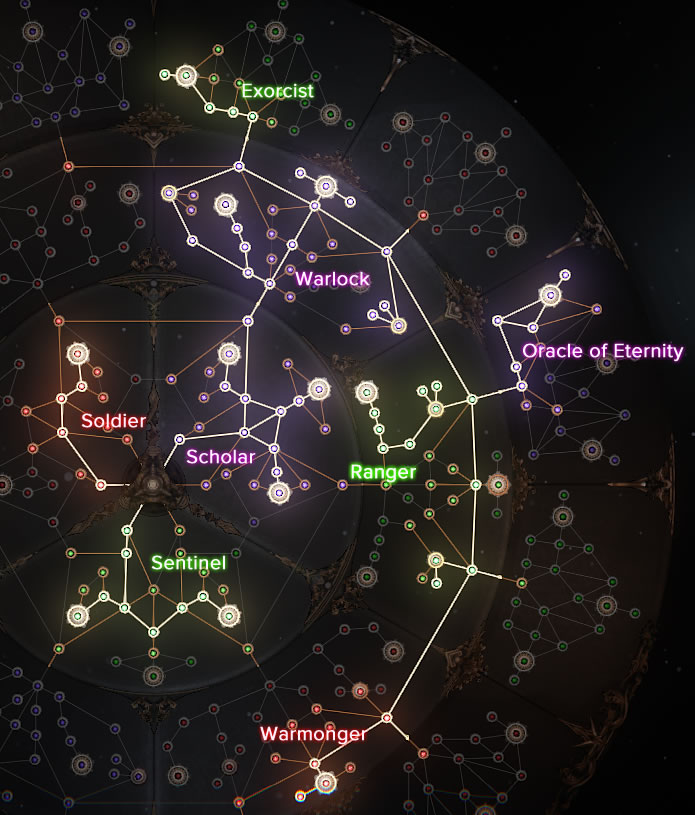 This section is still under "construction" as we don't have enough data to give you the exact item recommendations. At this point, we can't provide you with detailed gear suggestions but we will be updating this section shortly. You can check the recommended Stat priority that you will find useful on your Items, though the exact order may different as we make more thorough calculations and put this build out the "beta" state it's currently. And obviously, your required weapon will be a Staff, as you won't be able to use the recommended Spells efficiently with anything else. It's also a good idea to keep a Willpower Flask around to replenish it whenever it's low.

If you have any other build requests please leave that in the comments below. We are going to continue our work on Wolcen characters to fill up the list with all major build archetypes in the following weeks. Stay tuned