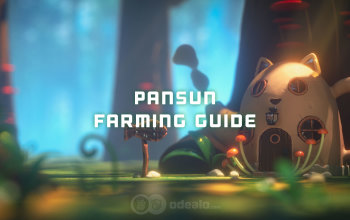 Beginner's Guide on Pansun farming - the main currency in Temtem

Pansun is the main Currency in Temtem MMO. It is used to purchase all kinds of items from NPCs, you need it for Temtem Breeding, but also you will need it to trade with other players - with players selling Lumas and Perfect SV Temtems to hundreds of thousands Pansun. In the beginning, you have more than enough Pansuns, which you win by defeating NPC trainers, but the appetite increases as we eat, and the story mode ends at one point. Not to mention, you can freely grind experience, catch Temtems, heal your Squad, without the necessity of constantly returning to town for refreshments.

How to Earn Pansun and why it's so important?

There are several ways to farm Pansuns in the game, as well as ways to optimize their spendings. Below are tips, descriptions of items and optimal farm spots that you can adjust to your level of play and the type of themes you use.

This is currently the most effective way to farm Pansuns, excluding the fights against the NPCs in the early stages of the game. On the second island, Ominesia, you'll discover the FreeTem organization. Their headquarters is located next to the Breeding Center, you need to talk to them, because only after the conversation with the FreeT coordinator you will be able to profit from releasing the Temtems, but you can release the Temtems sooner, after the conversation you will get your overdue remuneration. From that point onward, you will receive Pansuns after each conversation. The organization is fighting for the Temtems to walk freely, so after you release Temtems (whether directly in combat or from the Squad window) you get a reward. You'll get Pansuns for every Temem you catch with Temcard and free it. Additionally, if you release about 200 Temtems in a week, FreeTem will reward you with one or two items, which makes this way of farming even more attractive. Some Temtems are valued higher than others, which include factors such as rarity and level. It's worth noting that catching Temtems instead of knocking them out does not negatively affect the amount of experience your Temtems receive. 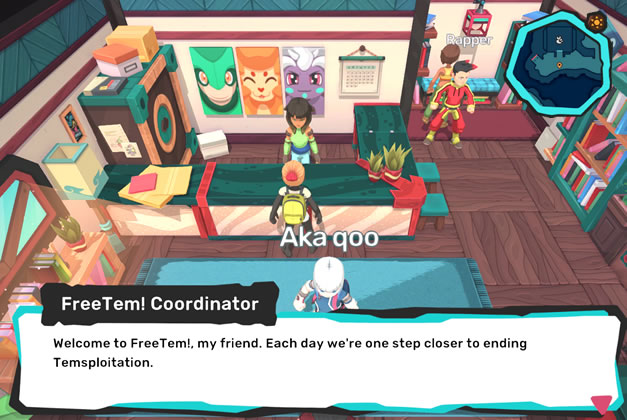 It's best to use the regular Temcards that cost 15 Pansuns instead of TemCard + (80), that are more expensive, thanks to the special Temtems ability you can get the same or even better results. In some stores, it is impossible to stock up on normal Temcards, but since they are cheap, so it's worth to make a good supply of them (maximum 99) whenever you get the chance. The Temcard cost is low, but if you use Balms and Balms +, the farm will become less profitable. Remember that for knocking out even all your Temtems from the squad, you don't lose Pansuns if you fight against wild Tems. Therefore, it is sometimes better to lose a battle to get back to the treatment station and save Pansuns.

Factors that increase your chance of catching Temtem

Factors independent of us, such as the level of the Temtem, as well as dependent factors such as the HP of the enemy Tems, the type of Temcard we use, and the skills that our Temtems have learned. All crowd-control skills that freeze, put you to sleep or restrain a wild Temtem significantly increase your chances of catching it. We can also help by having a Four-Leaf-Clover, which you can get after obtaining the Surfboard.  Just head to the secret Aquamarina Caves. You will need to complete the Crystal lake Puzzle to get to the location, but as of Patch 0.5.10 Alpha you no longer need the Crystal Skates to do it. It's worth getting it as soon as possible, as it will greatly increase your chances of catching Wild Temtems. 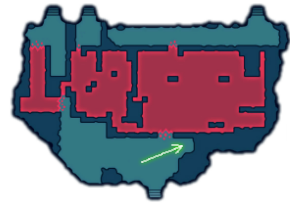 To farm Pansuns we have to limit their spending, so we try not to buy TemCards+, at the same time we want to catch strong and rare Temtems, which seems difficult using regular TemCards. Advanced players who actively grind will be often seen accompanied by Wiplumps, and often they will use two of them in the first team simultaneously. Wiplump has the Cold Breeze skill, which when used twice in one turn on a single Temtem, will turn it into an ice cube, and this greatly increases the chances of catching such Temtems. It is possible to catch Temtems such as Mastione after the first turn when it has almost full health. An additional advantage of Cold Breeze is that it steals one turn from the opposing Temtem, which reduces the risk of injury and the potential incoming damage.  You also don't need to take the enemy Temtem HP down to catch it, reducing the chance of knocking it down unwillingly. The Stamina cost of Cold Breeze is also ridiculously low. It also works great against Sleep-resistant Temtems like for example the beforementioned Mastione. You can find Wiplumps on the island of Tucma in the Kakama Cenote and Mines of Mictlan zones 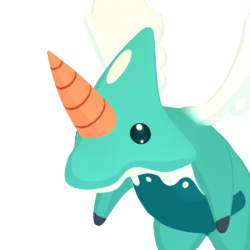 We recommend farming Sillaro River on the island on Deniz. Its main advantage is the high frequency of Water Temtems and very easy access to a healing station. You should be able to catch Nessla too, which is the best for this farming spot. You can utilize Nessla's Chain Lightning to quickly deal with the encountered Water Temtems, while at the same time it will heal Nessla with Electric Synthesize Trait. It's a perfect spot for low-level players as it's pretty much the initial area, which can be farmed as soon as you obtain the Surfboard. Not to mention, if you are lucky enough to find Luma Nessla, it's one of the most expensive Temtems in the game... 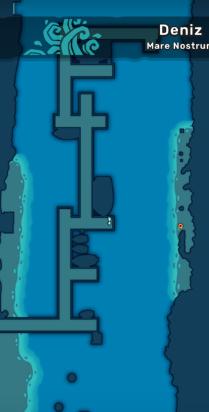 For those who own Crystal Skates:

Anak Volcano is the best location to farm on the mid-level character. You will need Crystal Skates to get there, and it's good to know that in the shop at the Volcano there are only Temcards+ and they cost as much as 80 Pansuns, so it's better to stock up in another area (preferably just get 99 Temcards before going in). It offers a huge frequency of Fire and Earth Temtems, so high that if you are not there to farm and you are just passing by, it is very bothersome. Of course, the preferred types of Temtems you want to use here are Water and Earth, as you will be commonly fighting Magmis. You will see a lot of players farming here accompanied by Wiplumps. 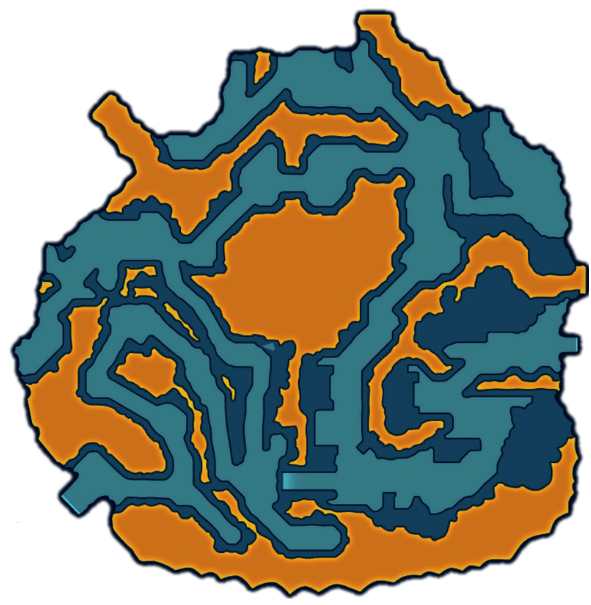 The most effective spot, only for owners of Rock Hopping Hook and Crystal Skates

The grassy area in the lower-left corner of the Anak Volcano zone in Omninesia is the single-best Pansun farming spot in the game. You will need both the Crystal Skates and Rock Hopping Hook to get there, but the Pansun yield is simply insane if you are using Wimplumps in there. You should be aware that after you reach Tucma, you will lose Crystal Skates, and you will be locked out from this area.

In this area, you will be facing only Fire and Earth Temtems, making it very easy to set a Squad of mainly Water Temtems to deal with all enemies momentarily - allowing you to easily capture all encountered Temtems. You should capture all Magmis/Mastione Tems, and keep the perfect SV ones for trading, and release all the others for massive income. 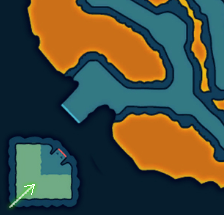 Remember, in the beginning, it is very easy to get a lot of Pansuns thanks to the story mode, opponents are harmless, and the use of healing and revives items is almost unnecessary. If you optimize the use of items, while maximizing the number of valuable Temtems released, you will get very satisfactory results. Though the more involved you become in Breeding and obtaining perfect SV Temtems, the more Pansun hungry you become.